The impact of the Mozart effect on creativity: myth or reality? Featured 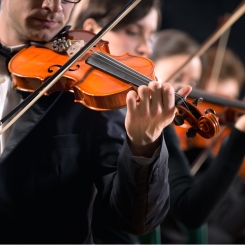 What is the Mozart Effect? Does it exist? If it does, does it have any effect on creativity? These are the questions these authors have sought to answer.  After briefly reviewing the evidence concerning the beneficial effects of music, these authors provide a useful review of the literature regarding the controversy surrounding the Mozart Effect. The point out that most previous investigations have explored the relationship between Mozart’s music and performance on spatial-temporal tasks, so they are particularly interested in finding out whether the Mozart Effect has any bearing on creativity. One of the strengths of this paper concerns the way in which these researchers explore the range of explanations for their research results – a valuable learning experience for all would-be researchers.

An exciting debate has arisen over the music of Mozart, mostly due to the books of Campbell (1997) 'The Mozart Effect', and Shaw (2000) 'Keeping Mozart in Mind'. The debate concerns whether or not there is such a phenomenon as a 'Mozart Effect'. Previous research presented The Mozart Effect as a way of temporarily improving spatial abilities by only listening to Mozart's music for just ten minutes. Most of the papers on this topic were concerned with finding out the influence of Mozart's music on spatial abilities.

The aim of the present study is to determine whether this Mozart Effect has any influence on creativity: Is the Mozart Effect a myth or reality? We sampled 135 high school students that were randomly assigned to (1) listen to Mozart (Mozart group), (2) listen to House – a genre of electronic dance music (House group) or (3) sit in silence (control group) while completing a creative thinking task. We expected participants that completed the task while listening to Mozart to perform better on the creative thinking task than the other groups. The results showed The Mozart Effect to be a myth. Mozart's music had no significant positive impact on the creativity of the subjects when assessed by the battery of tests developed by Stoica-Constantin and Caluschi (2005).

More in this category: « Talent Promotion in Romania – National Survey of School Counselling Centres’ Staff Actors' emotional experience and preferred style of acting »
Login to post comments
back to top