Lachrymose: A polyphonic choral salute to those lost at sea 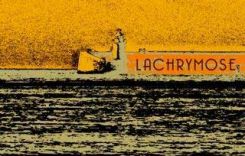 This autumn Turner Contemporary presents the musical performance Lachrymose, which has been composed by Jon Hering and will premiere at Turner Contemporary on Saturday 23 November 2013. Lachrymose is a choral response to the conflicting emotional landscape of remembrance which commemorates the 2014 centenary of the beginning of the First World War.

This richly textured large-scale music piece, will draw on all the colours of the human voice, and will be performed by a choir of around 150 singers from across Kent.

As a composer Jon Hering's work has involved creating interesting and beautiful sounds from unusual combinations of instruments and vocals. Drawing on folksong and sea shanty for material, this new work will be sited in the vernacular of contemporary classical music. The scheme will see both musicians and non-musicians coming together to create, perform and interrogate music in unusual and stimulating ways.

Lachrymose was conceived by Kent based interdisciplinary artist and musician Tania Holland Williams as part of a recent commission from the PRS for Music Foundation. Tania is one of twelve artist producers to be commissioned to cultivate and create new music events across the UK. The wider ambition of both Lachrymose and Williams' programme is to fuel new music activities across Kent and position the county as a leading destination for contemporary classical music making in the South East.

The programme is open to the public and will offer a series of interdisciplinary workshops and music-making activities throughout November culminating in two performances of Lachrymose at Turner Contemporary on 23 November 2013.