Measuring Creativity from an International Perspective 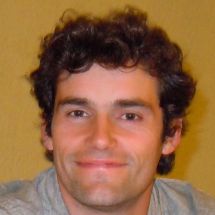 In 2008, while I was working at the Center for Research in lifelong Learning (CRELL) of the European Commission in Ispra, Italy, I was asked by the head of unit in Brussels to come to a meeting with Mrs. Quintin, Director General of Education and Culture. At the time, the Commission was preparing to establish 2009 as the European Year of Creativity and Innovation, and the Director General wanted to know if the Commission could present something on measuring creativity during the year, she specifically asked: 'Can creativity be measured?'.

A few months before, I had been asked by the same head of unit to look into large international surveys, such as the Program for International Student Assessment (PISA) or Trends in International Mathematics and Science Study (TIMSS), to explore if they could be used to measure creativity in an international perspective. I had explored the literature and had written a small paper discussing the concept of creativity and its measurement (Villalba, 2008). Having devoted part of my PhD thesis to the measurement of intangibles, I believe that anything can be measured, as long as we agree on its definition and a method to measure it, even if this means a tautological definition, such as 'creativity is what creativity tests measure'. The international surveys, I thought, provide a great measure of proficiency skills in the domains of reading, numeracy and science, but I could not really find a satisfying link to creative aspects. Even the Organisation for Economic Cooperation and Development (OECD) Programme for International Student Assessment, which claims to measure competences in terms of important knowledge and skills needed in adult life beyond the curriculum and thus includes creative capacities to some extent, lacks, in my opinion, measures of important aspects of creativity (see Villalba 2008 for more detail).

In any case, I have to admit that I was rather reluctant to get into such an enterprise within an international body like the Commission, because I understood very early on that the challenge was enormous, and in an international organization it is not always easy to deal with complex problems. I also realized, very fast, that most of the experts around me in measurement were very sceptical about measuring creativity. When I first presented our intentions of going into measuring creativity in an international perspective in a conference on computer based assessment in Iceland (Schuermann and Bjornsson, 2009), several experts came to me and said: 'it is very interesting what you are trying to do... good luck!' or 'It is very interesting, but it can't be done'.

Creativity is a contested concept. Sternberg and Lubart (1999) have rightly pointed out that, as love or happiness, many people think creativity is not suitable for scientific inquiry. As in the case of love, everyone has some sort of opinion about what 'creative' involves, and how creativity might or might not play a role in their lives. Creativity is also usually associated with the gifted, art, and in many instances paranormal reality. Thus, many people do not believe that it can be in any way taught or trained. If this is the case for scientific inquiry in general, measuring creativity is an even more contested point. In this way, it is understandable that people were sceptical when they heard that the European Commission was attempting to measure it.

However, more than measuring creativity – that is a long term goal, we were interested in initiating a debate about making creativity more visible within educational systems and in political debates. In recent years, international surveys attempting to measure educational outcomes have gained importance. Ministers of Education more and more use these international tests to evaluate the success of their educational systems in comparison to others. If these tests are considered an important measure to determine educational quality, it is important that they address all the crucial aspects of educational outputs; as Sir Ken Robinson addressed in his TED speech: 'creativity is as important as literacy and should be treated with the same status'.

From a European perspective, the European Commission has put in place now the 2020 strategy. This refers to the strategy of the Union for the next years, with specific areas and objectives to be achieved by 2020. In it, education has become an even more important aspect of the Union strategy than in the previous 'Lisbon Agenda' that set up the goals for 2010. In education, as in the Lisbon Agenda, the strategic framework (called 'ET 2020') relies on the Open Method of Coordination (OMC) and the use of benchmarks and indicators for policy collaboration and monitoring progress. In 2002, the Union agreed five benchmarks that were used to monitor progress towards the goals that had to be reached by 2010 in order to make education in Europe a 'world quality reference'. In 2007 the Union also agreed a coherent framework on indicators. This framework presented 16 areas in which the Member States agreed to be monitored by the Commission in order to promote policy exchange and peer learning. This framework was to be re-evaluated soon and the Council explicitly asked the European Commission to pay special attention in the area of creativity and innovation that is one of the four strategic objectives of the ET 2020 (Council of the European Union, 2009).

This denotes that, at least on paper, and from a European political perspective, creativity is gaining importance and there is certainly concern about how to make sure that Member States are in fact promoting creativity in their educational systems. To this end, I believe, is important to advance in the assessment of creativity, making it accessible for educational systems in Europe, and visible from a political stand point. The idea is that if we are able to put creativity on the map of important aspects to be promoted in education, and we develop assessment tools that can, like PISA, have a political repercussion, we will be able to advance in the promotion of creativity. Or in other words, assessment of creativity in education will provide an adequate incentive to the system to actually promote creativity, and it will allow us to monitor progress.

To this end, we organized the conference 'Can Creativity be Measured?' within the activities of the 2009 European Year of Creativity and Innovation, and I edited the book of the proceedings (Villalba 2009). The book, I was lucky, included contributions from high standing experts in the area of measurement and creativity who agreed to engage in a discussion of the issue and present their views and ideas on measuring. The book constitutes a first step in starting a discussion on the measurement of creativity. It is divided into two main parts that reflect two very different approaches. On the one hand, the traditional psychological approach that has more than fifty years of history. It is clear that we have adequate tools for measuring certain aspect of creativity. On the other hand, measurements at an aggregate level, following the type of analysis that Richard Florida (2002) has put forward, have become extremely popular, particularly in the political arena. Thus, it was important to include these approaches in the book and in the conference too. To some extent, these aggregate level approaches constitute a measure of the domain and field in which the creative actor acts, to use Csikszentmihalyi's perspective.

Since the conference, the theme was left aside for a while. From October 2010 to June 2011 an expert group, in which I got involved, was designed to take the issue of measurement of cross-curricular competences - mainly creativity and learning to learn – forward with the aim of reporting back to the Council in the future strategy. PISA has made some progress in measuring aspects of learning to learn, but I think it is still far from measuring creativity, although with the new 2012 problem solving domain assessment, I believe, PISA will increase their insight into creative capacities.

Still, I think we are far from arriving at a conclusion of what aspects of creativity we want to measure, but we are taking the steps to arrive at some meaningful measures that can give us a hint on how much creativity is being promoted in our schools. It is necessary that educational stakeholders come together and agree on what aspects of creativity are necessary and important to measure. Measuring creativity is possible, but we have to be precise about what it is that we are measuring and for this, it is necessary to arrive at an agreement of what it is that needs to be measured.

(The views of this article are solely the author’s and do not represent the position of Cedefop or of the European Commission).

Council of the European Union (2009) Council conclusions of 12 May 2009 on a strategic framework for European cooperation in education and training ('ET 2020'). Official Journal of the European Communities, 2009/C 119/02.

Villalba, E. (2008). On creativity: Towards an Understanding of Creativity and its Measurements. Luxembourg: Office for Official Publications of the European Communities. URL: http://ec.europa.eu/education/lifelong-learning-policy/doc/creativity/crell.pdf 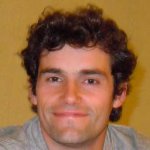 Ernesto Villalba is a researcher at the European Centre for the Development of Vocational Training (CEDEFOP). Previously, he has worked as a consultant for the European Commission and assisted in the creation of the European Lifelong Learning Index for the Bertelsmann Foundation.

He has also worked at the Center for Research in Lifelong Learning, working in the area of innovation and creativity, information technologies, teacher training and civic competence. He had an active role during the 2009 European Year of Creativity and Innovation within the European Commission and edited a major output of the year on measuring creativity. He has served as a speaker and in different committees and expert groups. He holds a PhD in International and Comparative Education from Stockholm University and a degree in Psychology from the Autonomous University of Madrid.

More in this category: Imagine THAT! - Celebrating 50 years of Synectics »
Login to post comments
back to top

But don't be satisfied with stories, how things have gone with others. Unfold your own myth...