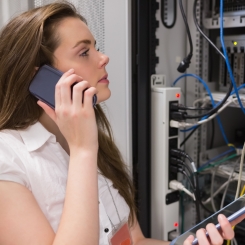 Including the theory of social representations (Moscovici, 1961) into the sphere of recently used paradigms in creative research (Glăveanu & Tanggaard, 2014) has offered a great anchorage to our study which involved an investigation into the place attached to creativity in the case of a special 'social object', the woman in the IT field. We were interested in this representational universe as a professional reality which is considered non-normative for women (Newton & Stewart, 2013). Thus, in an indirect way, our research verifies, within this social representation (SR), the confrontation between two perceptions: that professional or research domains 'tangential' to mathematics are highly creative (Hill & Rogers, 2012), versus women's lack of interest in these sectors and, implicitly, in expressing this type of creativity (Hill, Corbett, & Rose, 2010). Survey and the questionnaire methods were used to collect information from different Romanian institutions and from 157 individual subjects. Data have been analysed globally, but also segmentally, based on two criteria: the professional branch and the subjects' gender. The results indicate that, in the social representation of women in IT, creativity is highly placed, even in the central nucleus (Figure 1) and confirmed in 60% of all possible situations taken into account. Particular analysis identified that the main source of this result is a process of in-group double bias (Tajfel, 1974): from the IT-guys and from women. Thus, surprisingly, the non–normativity of the object of representation has fostered the role of creativity, even if the price paid has been the inclusion of certain paradoxical aspects.

More in this category: Understanding creativity through the lens of conflict »
Login to post comments
back to top

But don't be satisfied with stories, how things have gone with others. Unfold your own myth...