Written by Paulo C A Benetti
Rate this item
(0 votes) 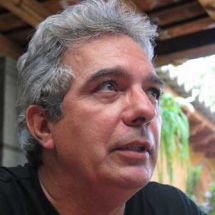 For more than 30 years he worked as an executive having been General Superintendent of human resources of NUCLEBRÁS – a company with all the nuclear fuel process and building nuclear power plants (6.000 employees), with 80 subordinates. During his time there, he implemented a Creativity and Innovation programme. He was General Superintendent of the Center of Training in Simulation for Operations of Nuclear Power Plants.

He holds a postgraduate award in Economics and a Masters Degree in Applied Creativity from the University of Santiago de Compostela, Spain, where he specialised in Organisational Psychodrama. Since then, he has developed the workshop MITOdoLOGIA® which involves the use of Greek and Roman myths in the facilitation of learning the creative process which has been presented throughout the world and is the subject of one of his publications on creativity and innovation. From 1997 until 2005, he was a facilitator at the Creative Education Foundation's Creative Problem Solving Institute (CPSI). In 2000, he was awarded the prize, Euvaldo Lodi, for having participated in the team of PUC-Rio University who created the best university course of Entrepreneurship.

Paulo has developed the workshop QUARUPEM, based on Brazilian indigenous rituals, as a field of metaphors to explore companies' essential competences. He is Co-creator and Founder of the School for Facilitators of Creativity and Innovation (EFCI) which works with poor populations in Antigua, Guatemala. And he is a Member of the Brazilian Association of Creativity and Innovation (CRIABRASILIS). He is also Co-founder of CEICREA - ONG – Chile.

Published in Authors
Tagged under