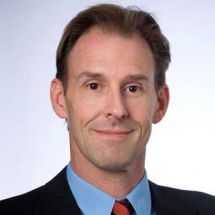 David Cropley is Associate Professor of Engineering Innovation, and Deputy Director of the Defence and Systems Institute, at the University of South Australia in Adelaide. David joined the university in 1990 after serving in the United Kingdom's Royal Navy for four years. David's interests in creativity include creativity in an engineering and technological context, the measurement of creativity, the factors that influence creativity and innovation in organisations, and the dark side of creativity.

David is co-author of Fostering Creativity: a diagnostic approach for higher education and organisations (with Arthur Cropley), and is co-editor of The Dark Side of Creativity (with Arthur Cropley, James Kaufman and Mark Runco). He is a keen rower, both indoor and outdoor, and in August of 2010 set a world record for a tandem, indoor 24-hour row, with his team-mate Jon Larkin. He also plays the harmonica.