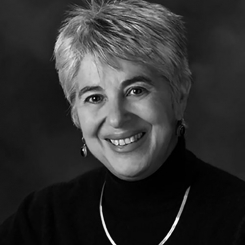 Why Creative Aging? Susan Perlstein, founder of Elders Share the Arts, and the National Center of Creative Aging, recounts the shift in beliefs about aging and emergence of arts in health for older Americans, paving the way for the development of creative arts programs to promote the health and wellbeing of older adults. Creative Aging has captured the hearts of artists and older adults, and attention of policy makers and researchers.

The aging demographic of the US population, often referred to as the ‘graying of America’, is impacting nearly all facets of life in the United States. The balance of resources is shifting to support an American society where older adults will surpass the school-aged population in many urban and rural communities (AIA, 2016). This demographic shift is happening to industrialized countries around the world. People are living longer and healthier lives.

Accompanying this shift is a change in society’s perception of older adults, moving from a ‘deficit’ approach that stresses losses to an ‘asset’ approach that stresses strengths, potential and achievements (Rowe & Kahn, 1998). Dr. Gene Cohen, author of The Creative Age: Awakening Human Potential in the Second Half of Life, recognizes that the potential of aging has been denied, and asserts that creativity is the ultimate expression of potential (Cohen, 2000). A new paradigm articulates the idea of seeing older people for their potential rather than their problems. This same paradigm defines the emerging field of creative aging. Creativity strengthens morale in later life, enhances physical health, and enriches relationships. It also constitutes the greatest legacy people can leave to their children, grandchildren, and society as a whole since, historically; elders have functioned as keepers of the culture, who pass on the history and values of a community to the next generation.

More in this category: « Opportunities of Creative Aging Programs: Can creative arts programs be cost-effective ways to improve the health and wellbeing of older adults in America? Lesley University »
Login to post comments
back to top