What Makes a Creative Organisation? 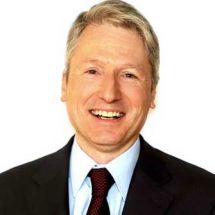 I was discussing with a friend who worked for a digital agency how best to enable a company to be more creative. His agency had just hired a number of new creatives at quite an exorbitant cost and he felt they had got it badly wrong: that if they wanted to imbue creativity in their organisation then they should be focussing on getting the right culture and not the right people. I think he is right and wrong at the same time - you need both. You need creative people but you need a culture that is conducive for their creativity to be unleashed and which will allow it to flourish.

Many organisations are grappling with how to imbue such a culture and there are plenty of myths about it. The one most frequently espoused is that it's a fairly easy thing to do – just a different office layout, a motivational talk and some brainstorming sessions. That'll do the trick. But nothing could be further from reality. 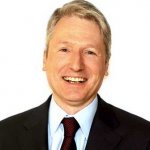 Gerard is a trainer, writer and researcher specialising in creativity, entrepreneurship and innovation. He was awarded the first Onians Creativity Fellow by the RSA (the Royal Society for the encouragement of Arts, Manufactures and Commerce) for which he undertook research into the characteristics, motivations and barriers to success of young entrepreneurs in the UK. During this fellowship he conducted qualitative interviews with 44 young entrepreneurs many of whom were close to the start of their ventures. He repeated the interviews three years later to examine the challenges of sustaining and growing a venture in the UK and now, ten years on, he is looking to interview the entrepreneurs again to consider how well the UK supports ventures in the longer term.

He runs workshops on ideation, creative thinking and enterprising thinking and is currently developing a training programme on ‘Getting Ideas to Fly’.

He has written a number of booklets for young people on making ideas happen including The Little Book for Big Ideas, Dare to Dream and Get Connected.

His Sideways Thinking blog can be found here: http://sideways-thinking.blogspot.com/

A recent talk he gave on BBC Radio 4 on creativity in education can be heard here: http://www.bbc.co.uk/programmes/b01b1g9l

He can be contacted at: Gerard.darby@gmail.com