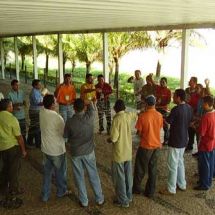 Eletrobrás is the Brazilian government state company responsible for electrical energy efficiency and they offer several energy efficiency programs. One of these programs helps small municipalities reduce consumption of electricity and improve the energy efficiency of operations that use electricity. Until 2004, this program followed an approach that failed to meet the company's targets for improvement, and thus a new approach was proposed. This paper reports on the successful implementation by Eletrobrás of a creative process in 43 small municipalities. The results show that both the municipalities and their inhabitants managed to reduce consumption as a result of the new approach. The municipal employees – people with varying but often low schooling – felt their self-esteem increase as they solved problems and taught their clients to save energy.

Eletrobrás is the governmental agent that runs the Brazilian National Electricity Conservation Program (Procel). The energy efficiency subprograms implemented by the company affect both public and private activities, including efficient street lighting, reduced consumption of power by water and sanitation utilities, government buildings, industries, commercial establishments and residences. Wherever there is a need for electric power consumption, Eletrobrás will devise ways to promote its adequate use.

Energy efficiency programs have become popular in many countries as a tool to improve the use of electricity and, more importantly, to reduce consumption. As a result of such programs, the otherwise high investments required in such activities as power generation and transmission are also reduced. In the past two years, these programs have been gaining momentum since they were recognized as a solution to prevent further deterioration of environmental conditions, which may accelerate global warming. Using energy wisely, i.e. in an efficient and economic way, is a prerequisite to help preserve the environment and to avoid depletion of natural resources which will be needed in the future – this is called sustainability. Nowadays, this attitude is called Lifestyle of Health and Sustainability (LOHAS). Using electricity and other kinds of fuels wisely has, therefore, become an imperative for the survival of humankind. Having this scenario as a backdrop, Eletrobrás adopted an innovative methodology to implement energy efficiency programs in municipalities of up to 30,000 inhabitants.

I was fully responsible for leading the development of implementation of the new, innovative methodology. I began working with my Eletrobrás clients in 2004: collecting data with them, uncovering the problems that needed to be dealt with, developing ideas for new options to be exploited, designing a project down to its operational level, supervising the preparation of a distance education manual, managing the consulting team and the facilitators, and working as a facilitator. Implementing innovation is both challenging and gratifying. For every step taken, a new problem is found and new solutions are sought in a creative cascade- like process. I took part in all the stages of the project whose implementation is reported here. This paper presents reports the whole experience, from the identification of a client's needs, to the generation and selection of an idea, and finally through the development and evaluation of a prototype.

The report is organized around the several stages in the project development, namely:

These stages can be directly traced to the Osborn/Parnes Model, also known as Creative Problem Solving – CPS (Isaksen, Dorval, Treffinger, 1993), which was used in the project design. CPS consists of six stages, namely:

CPS stages can be matched to this project's stages as follows: 1 - Client Needs; 2 and 3 - Problem; 4 - Idea; 5 - Feasibility of the Idea; and 6 - Prototype Design, Prototype implementation, and Results.

Another methodology, the Product Platform, which I developed, was also employed. This new methodology has been shown to play a significant role in the development of projects, products, services and strategies. Like CPS, Product Platform gets its creativity-fostering potential from the use of divergent and convergent thinking and works with the following stages:

In 2004, during the evaluation stage of the annual plan for the Municipal Energy Management (GEM in Portuguese) subproject of the Brazilian National Electricity Conservation Program (Procel), it was found that the subproject was not reaching the small municipalities in the country.

The GEM plans present a cost to Eletrobrás – the governmental agent for the promotion of electrical energy efficiency in Brazil – and the financing is non-returnable. Energy efficiency initiatives are designed by consultants from qualified entities and delivered for implementation by the municipalities. The results yielded by these plans were not positive enough to stimulate the company to maintain them. A solution was needed to justify the maintenance of an energy efficiency program with such a scope. And it had to be one that could yield positive results. The small municipalities mentioned are those with less than 30,000 inhabitants, corresponding to roughly over 80% of the country's municipalities.

After some meetings we decided on the following goal:

Eletrobrás needed to develop an alternative to help these municipalities achieve positive results with the efficient use of electricity. 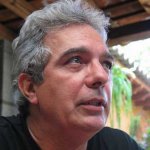 For more than 30 years he worked as an executive having been General Superintendent of human resources of NUCLEBRÁS – a company with all the nuclear fuel process and building nuclear power plants (6.000 employees), with 80 subordinates. During his time there, he implemented a Creativity and Innovation programme. He also was General Superintendent of the Center of Training in Simulation for Operations of Nuclear Power Plants.

He holds a postgraduate award in Economics and a Masters Degree in Applied Creativity from the University of Santiago de Compostela, Spain, and he specialised in Organisational Psychodrama. Since then, he has developed the workshop MITOdoLOGIA® which involves the use of Greek and Roman myths in the facilitation of learning the creative process which has been presented throughout the world and is the subject of one of his publications on creativity and innovation. From 1997 until 2005, he was a facilitator at the Creative Education Foundation's Creative Problem Solving Institute (CPSI). In 2000, he was awarded the prize, Euvaldo Lodi, for having participated in the team of PUC-Rio University who created the best university course of Entrepreneurship.

Paulo has developed the workshop QUARUPEM, based on Brazilian indigenous rituals, as a field of metaphors to explore companies' essential competences. He is Co-creator and Founder of the School for Facilitators of Creativity and Innovation (EFCI) which works with poor populations in Antigua, Guatemala. And he is a Member of the Brazilian Association of Creativity and Innovation (CRIABRASILIS). He is also Co-founder of CEICREA - ONG – Chile.

More in this category: « The Triple A City: Reinventing the Creative City
Login to post comments
back to top