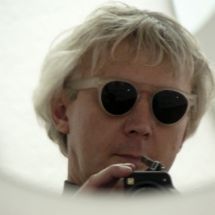 The transition from a suffering state of sensuality towards an intellectual activity, will not happen except through a middle state of aesthetic freedom. ... There is no other way to make the rational part of our mind sensible, without being illustrated in a previous state of aesthetic energy.

(Friedrich von Schiller, Letters on the Aesthetic Education of Man, 1795).

The radical change in the outlook of modern art, the transition toward the temporal, the multiple, may be viewed as the reversal of the movement that brought Aristotle's heaven to earth. Nowadays we have started bringing earth to heaven. Art has become involved in our daily adventures in order to renew everything it touches. Digitalization encourages us to accept information and points of view that even challenge our preconceptions. A new and infinite world of 'cognitive dissonance' is available to help us to upset some carefully worked out structures of beliefs. That´s why digital photography should not be regarded as merely traditional photography with a digital camera – no: it has to be experienced as something completely new. The application of the imagination to the future requires an environment in which it is safe to err, in which novel juxtapositions of ideas can be freely expressed before being critically sifted. 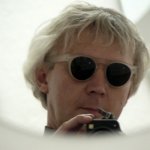 I am a multi-faceted and independent artist, a member of the Association of Visual Artist in the Balearic Islands (AAVIB) and the Association for text and music writers in Germany (GEMA), and the manager of the Centre Cultural de Sant Joan / Ibiza.

The same week as I was born in 1953, one of the first TV sets in the neighbourhood came into our house. This makes it understandable why I prefer to work with modern and mixed media. I practised ever since my childhood cultural tourism across Europe with my parents, visiting cathedrals, castles, museums and so on - and from the age of nine with my own photographic camera.

I began my creative career in my teens, being inspired by the works of Andy Warhol and Joseph Beuys. After graduating in Public Relations and Marketing, the debut of my first musical works was held in the Lutheran Cathedral of St. Peter in the city of Hamburg. Then I joined a multi-media and performing project, with one of Germany's most famous groups of that era: ‘Release Music Orchestra’. In 1977, I designed an action with objects, sounds and gestures, which was presented in the centre of Kassel during the Documenta, thus coordinating one of the first programme improvisations in an international art fair. The following year I moved to Ibiza.

During the 80s and 90s, I organized several innovative exhibition projects, like ‘Ein Kürbis voll Asche’ or ‘12 unter Null’. With the start of the new millennium I worked as a consultant for aesthetics and cultural relationship with the foundation TECSAL in Valencia (until 2005), where in 2000 I organized a symposium with key stakeholders of Europe on the subject ‘Prospects of Christian Art in the XXI Century’ and published the recompilation of the papers in 2003 as a book (German / Spanish).

In the fall of 2008 I was proclaimed with José F. Tauste the ELASTICISMO as a Nou Surrealism Pitius and started with my investigations on creative internet works. Since then I have been successful with my works on the digital distortion of photographs and have had several exhibitions in Spain and Germany. Also in 2010, I received the highest support by the ‘Institut Ramon Llull’ in the Balearic Island, for the realization of a huge installation in a floating museum, with interpretations of middle-age philosophy in contemporary images. In Spring, I presented my distortion-photography in the frame of the ‘Tiennale der Photographie’ in Hamburg 2011.

More in this category: « Why I Write Helen Storey MBE - on Fashion, Science and Catalytic Clothing »
Login to post comments
back to top