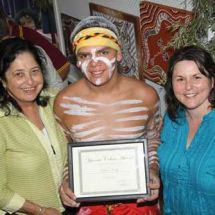 As a founding Editorial Board member of this new journal The International Journal of Creativity and Human Development, I wish to give you an insight into the work I have been engaged in over the past fifteen years. I have come to the academy from the community-engaged arts sector, what now may be termed research led practice. Primarily, my interest focuses on the area of social impact and human, social and cultural capital development.

My Masters research focused on the long term impacts of short-term community-based arts led projects. Specifically I interviewed women who had been involved in a project that I led in the Nineties called ‘SAY IT OUT LOUD!’ What I found, through reconnecting with these amazing women, is that short term, high impact, community-based arts interventions do have a lasting cultural legacy whereby participants remain connected to a sense of cultural engagement, and they remain connected to the new networks and indeed feel a sense of a new community created through the project.

For me this was profound. To know that artists spending ten weeks with community can have a lasting impact: that felt great. However, there are some negative aspects to our collective lust to ‘develop’ others, especially ‘disadvantaged’ communities. There were two impactful statements from the study. The first was from an 85 year old woman, she said ‘I was left with a let down feeling when the project finished'. What I had not paid attention to was the existing infrastructure available to the participants to continue to engage.

The second statement really made me think, when asking the women about the impact of the project and if it had influenced the direction of their lives, I was told that Life happens. Here I was a twenty-something artist-researcher wanting to assess the impact and success of a community engaged arts intervention, and I was reminded that it is not the only thing that happens in people’s lives. In a sense, how can you measure the impact of one intervention in the sea of our everyday lives? This project has shaped and propelled my interest in impact-based evaluation.

Collaboration is the key process I am interested in, whether that is an artistic collaboration with artists and communities, as an active interviewer seeing dialogue and meaning rather than pure data, or as a teacher in the classroom working with postgraduates as we re-frame our way of viewing the world. We live, work and understand the world through the dynamic, fluid and socially-constructed realm of language. It is the power of relational practice, or my ability to be empathic and work towards communal interests, that drives the work I do.

In 1999, I began working for the Victorian College of the Arts (VCA) as the Indigenous Liaison Officer. There were four Aboriginal student artists studying at the College at the time and the College wished to increase the amount of Indigenous students in their programs as well as undergo a cultural transformation process around the incorporation of Australian Indigenous history, community and cultural elements into the life of the College. As such, we planned to establish a centre that would be responsible for the facilitation of this significant work. The Wilin Centre for Indigenous Arts and Cultural Development was established in 2002 with a fully funded, seven-year, strategic plan that allowed for the organic growth of the Centre.

The Wilin Centre delivered on its strategic plan over that seven years, and I was proud to be the founding Head of the Centre and oversee the work. The work of the Centre metaphorically centered around the concept of ‘Wilin’ – which translates as ‘fire’ in the Woi Wurrung language of the Wurundjeri people upon whose land we were based.

Along with a significant ‘presence’ the Wilin Centre achieved one of the highest Australian retention rates for Indigenous students: 84% compared with 42%; graduation of 35 Indigenous artists over seven years; the publication of two monographs – Illuminate: VCA’s Indigenous Alumni and Courageous Conversations: Indigenous performing arts sector; engaged10 artists in residence over seven years and established eleven scholarships per annum for Indigenous artists. These achievements were supported by a group of Key Cultural Advisors chaired by the Senior Elder of Melbourne’s Wurundjeri people, Aunty Joy Wandin-Murphy.

In 2009 three recipients were awarded a fully-funded professional development program in the UK and Australia. They worked with creative leaders in the global industry including Cultural Olympiad, Rich Mix, Pitt River Museum, and the Edinburgh Museum. The group of three also attended a custom designed leadership immersion experience in Lancaster, developed by myself in collaboration with Professor Judi Marshall, and participated in an arts forum hosted by the British Council featuring successful cultural leaders Professor Marcia Langton (Aus), Keith Khan (UK), and Piali Ray (UK).

ACCELERATE aimed to connect Australia’s rich Indigenous cultural heritage with the UK’s creative expertise and networks to build lasting relationships and refresh the dialogue between both nations.

In 2008, I began deepening and extending my interest in leadership and Indigenous leadership. Initially this has been in the area of the arts but increasingly I am interested in how to build and nurture creativity and human growth more broadly. I commenced my doctorate at Melbourne Business School under the supervisor of Professor Amanda Sinclair. I have been focusing on the discourses available to Indigenous arts leaders and how they limit and free us to create new realities through our leadership. For example, how do Indigenous artists negotiate the tensions between belonging to an Indigenous group, speaking for and being authorized by that group in a non-Indigenous cultural context that values individual achievement? I have interviewed 32 Australian Indigenous artists and arts leaders as well as conducting a cross-cultural case study in Canada on Indigenous leadership development and the integration of the arts and culture as a teaching pedagogy.

It has become important to me as an Aboriginal scholar and arts practitioner to think about and enact the reframing of powerful words like leadership. My interest is in how we can use dominant discourses subversively and differently through privileging Indigenous ways of seeing and knowing the world. My interest in this journal, as it has been throughout my career, is to support and enable different voices and innovative ways of thinking and leading to emerge and take centre stage. 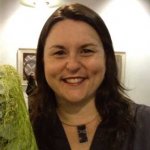 Michelle Evans is an experienced, innovative and dynamic practitioner, currently working in the emerging field of Indigenous Leadership and Aboriginal Business Development. Michelle has worked in the post-secondary education, arts and cultural sectors in Australia for the past fifteen years, and recently moved into business education, working as a Research Fellow for the Asia Pacific Social Impact Leadership Centre at the Melbourne Business School. She was instrumental in the establishment of MURRA Aboriginal Business Master Class Program (MBS/Kinaway).

More in this category: « Helen Storey MBE - on Fashion, Science and Catalytic Clothing The Latvian Song and Dance festival: a strategic role for culture? »