The Triple A City: Reinventing the Creative City 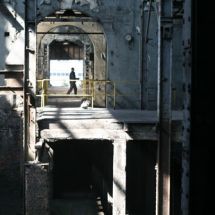 Much has been said and more has been written on the concept of creativity in cities. But, the original idea of the creative city is much broader than the idea of a city of creatives, so widely adopted by policymakers around the world. In the end, fostering creativity in cities is not an industrial process of top down planning. It is more like gardening. Creativity in cities is all about improving the growing conditions for new ideas to occur. You cannot make the tulips grow by pulling at them. 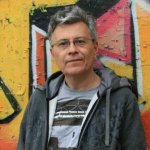 Roy van Dalm is senior lecturer in Urban Identity & Creativity at HAN University of Applied Sciences in Arnhem, The Netherlands. Roy is one of the leading journalists in The Netherlands on creative cities. For several years he worked for Het Financieele Dagblad – the Dutch equivalent of the Financial Times – where he initiated a weekly series profiling 80 creative and innovative cities in Europe called Slimme Steden ('smart cities'). 50 of these profiles ended up in the book Slimme Steden van Antwerpen tot Zürich ('smart cities from Antwerp to Zurich') of which Roy was one of the authors. This bestselling book was called Europe's first guide to creative cities. For HAN University, Roy co-initiated a series called the HAN Creative Masterclasses, addressing several aspects of creativity by inviting renowned speakers. For this series Roy has worked among others with Kjell Nordstrom, Richard Florida, Charles Leadbeater, Pekka Himanen, Peter Senge and Charles Landry. At the moment Roy is involved in teaching, research and publishing on citybranding, using Jungian brandarchetypes. He is a member of ARCCI, the Arnhem Centre for the Creative Economy and Innovation.