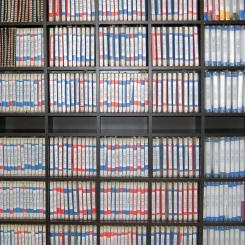 Do you find it difficult to generate creative ideas? If so, this article is for you. In this paper Dr Takeo Higuchi, who established the Idea Marathon System (IMS) describes how you can use this process to significantly increase the number of ideas you can generate. According to Professor Sidney Parnes, quantity breeds quality – in other words the more creative ideas you generate the more likely it is that your list will include some valuable ones. The rest of this article is devoted to examining whether or not training in IMS (which is gaining in popularity in Japanese universities and elsewhere) increases participants’ capacity to be creative. Dr Higuchi employs the Torrance Tests of Creativity (TTCTs) to assess this.

Thinking and writing form an inseparable combination for creativity education, and idea notebooks are still more powerful for creativity than personal computers, handy phones, or any digital equipment. The Idea-Marathon System (Idea-Marathon or IMS) is a self-encouraging and self-promoting creativity development system based on integrated notebooks in serials, with accumulating ideas to be written everyday without any limit of categories. It was founded by the author in 1984 when the author was staying in Riyadh, Saudi Arabia as a liaison representative of a Japanese trading house.

When he retired in 2004, the author established the Idea-Marathon Institute and started IMS staff training for various companies in marketing, sales, R & D and company laboratories. This was followed by staff training of new employees as well as for various universities and colleges in Japan. The University of Electro-Communications (UEC) started to adopt IMS for their sophomore students in the Career Design (CD) course with Team Teaching Assistants (TTA) in 2007. This UEC class has now expanded to almost all the sophomore students - about 700 per year in this university. The number of TTA has been increased accordingly. The TTA in this class also started IMS quite well from the first year, resulting in their coaching those students smoothly.

Various IMS support system were also devised to keep all participants successfully continuing to the goal of the term. As a result, almost all the students in UEC are doing IMS, except the new students. To analyze the creativity effects of the Idea-Marathon on students quantitatively, the Torrance Tests of Creative Thinking (TTCT) Figural were introduced for 3 months’ Idea-Marathon between pre-test and post-test in several universities. The TTCT Figural pre-test and post-test showed significant creative results among the basic five norms of Fluency, Originality, Elaboration, Abstractness of Titles, and Resistance to Premature Closure. In addition to the experiment at UEC, TTCT tests for the three-month Idea-Marathon training at Kanazawa Gakuin University and Ohtsuki City College (OCC) also contained the test results of both the ‘Experimental group of IMS’ and the Control group (Non-IMS Group)’ with significant difference of TTCT score results. The results show that the Idea-Marathon is effective in improving the creativity of the students.

Creativity education is very important in university education, not only in Japan but all over the world. For example, Starko (2012) discussed the importance of creativity in class, maintaining that creative students can learn more in class. And the United States National Center on Education and the Economy made a strong appeal for a future higher education curriculum emphasizing the importance of creativity and innovation (NCEE, 2007). The European University Association (EUA) announced the keywords for creativity including:

‘universities should look towards the future in all their activities, rather than being grounded in the past... should work towards developing internal quality processes that support the creativity agenda by being geared towards the future... ’.
(EUA, 2007 p. 8)

Livingston (2010) of the University of Southern California insists strongly on reforming university curricula for teaching creativity. Cramond (1999) also predicts that, in the future, the world will continue to become increasingly complex with problems requiring novel and elegant solutions.

However, it is quite difficult to propose a specific, stable, effective creativity education system for students, as many kinds of creativity education, including brainstorming, cannot be repeated or practised every day by an individual student or a group. Under these circumstances, it has been proposed that the Idea-Marathon System (Idea-Marathon) can be one of the innovative methodological breakthroughs for building a creative infrastructure for college and university students in Japan. Creativity Effects of the Idea-Marathon (IMS) for University students are analyzed and discussed in this paper. After explaining the Guidelines of the Idea-Marathon, the supporting systems of IMS, such as ‘e-Training System (ETS)’ and the weekly distribution of ‘Thinking Hints’, are explained.

Every day writing immediately what we think into our notebooks has been accepted and generally regarded as qualitatively important and effective for our creativity and education. However, it was necessary for us to demonstrate the effectiveness quantitatively. So we introduced the Torrance Tests of Creative Thinking (TTCT) figural Pre-test and Post-test on the three month Idea-Marathon lectures at two universities and one college. The statistical analysis of the TTCT Pre-Post-test result by t-Test and ANOVA showed significant change between pre-test and post-test within five norm referenced indications. The experimental groups and control groups were also checked in the Idea-Marathon with Pre-Post TTCT. The experimental groups showed significant improvement while the control groups did not.

More in this category: « Is Creativity Transferable? On the Use of the Serendipitous Phenomena »
Login to post comments
back to top