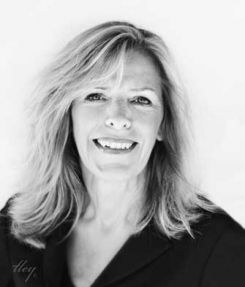 I'm delighted to introduce Helle Juul as our third Woman of Influence in our international series. I first met Helle about eight eight years ago and was inspired by her ideas, the elegance of her language, her presentation and also the warmth with which she addressed questions from the audience. In Helle I saw at once the core competences one would expect from an outstanding architect with the vision to realise exceptional processes and projects. I am looking forward to a time when we might work together but until that time I thought more people should know about how her talent and business acumen is changing the face of architecture in the Nordic region.

Helle Juul graduated as an architect MAA from the Århus School of Architecture in 1981 and holds a PhD from the Royal Danish Academy of Fine Arts School of Architecture, which she received in 1994. She is now the CEO and founding partner of JUUL | FROST architects (JFA), which she established in 1994 together with her husband and business partner, Flemming Frost. The firm has its head office in Copenhagen, Denmark and in 2012 opened an office in Media Evolution City (MEC) in Malmö, Sweden's third largest city. JFA were the main architects for MEC, which in 2012 received Malmö's Urban Development Award. You can read more about JFA at: www.juulfrost.dk and more about MEC at: www.mediaevolutioncity.se

Helle has overall responsibility for national and international projects. She also teaches and researches and is a consultant for many of the largest educational institutions in the field of urban development and urban space. Campus consultancy projects constitute another important field of work, and Helle is a consultant for many of Scandinavia's largest educational institutions. The application of research in fact has been one of the recurrent themes during Helle Juul's career, which to a high degree has also defined JFAs DNA.

One of Helle's personal driving forces lies in her ambition to inspire and organise collaborative partners drawn from different sectors and fields. Using working methods and processes developed by herself, she works diligently to bind together the essential ties between the involved interests. Helle creates a framework with a workshop-based methodology. Organisationally she establishes a knowledge-sharing platform which, for example, consists of inspiration and lounge meetings, lectures and open forum conversations, forming a joint vision. For Helle, the role of the architect revolves around people, the social glue, requirement-based design – the life lived. Simultaneously, there is a requirement that one should be in a constant state of readiness and prepared to set the agenda. She believes that architecture plays an essential global role and is an important instrument in the development of society - and cities as well as the individual person. The breadth of knowledge from the local to the global society as a whole is precisely the fascination that drives the results that are moving the present mind-set towards a future one.

Helle's practice fits well with the Danish Government's new architecture policy which contains the subheading 'Putting People First'. That architecture engages itself with people was one of the decisive factors for which Helle became an architect. The human focus involves the makers, collaborators, organisers and future users equally in a dialogue process that identifies the users' acknowledged and unacknowledged needs.

Applied Research 1: The Public Space as a Development Strategy

From 2007 – 2009, Helle Juul was responsible for 'Urban Space as a Development Strategy', which developed a new approach to the function of public spaces as a catalyst for city development by focussing on transformation and significance as strategic instruments. This was financed by Realdania, who are one of Denmark's most significant actors within urban development. The project became a development platform where all those with an interest were invited to inspiration meetings and development seminars in order to create both a robust and flexible instrument for ground-based urban development.

Putting people first is key for the development of attractive cities - cities that perform well in competition whilst maintaining their uniqueness. Knowledge-sharing and dissemination were an integral part of the project, and a dedicated website was created on which the research results were publicised. Two books were published: Public Space 1 and 2, as well as Public Space 1.5, in digital format. These can be downloaded from the JFA website.

Helle is engaged by the ways in which globalisation, coupled with the current urbanisation, is creating new conditions for our cities. The cosmo-political change gives focus to a new form of public culture. Presently, multi-culturalism, otherliness and 'the foreign' are conditions that continuously make new demands on urban planning and Helle feels that there is a lack of meeting places for what we could call the value-plural city. Places, spaces and activities which create awareness and provide insight and understanding of that otherliness. In order to meet that development, Helle emphasises that urban space should be inclusive, provide social meeting places, be a platform for exchange for a city's varied population.

Whilst multi-cultural planning observes multi-culturalism as a factum, inter-cultural planning accepts diversity as a norm, which requires an inclusive strategy. Public space can be, in other words, society's social glue. New urban spaces require new hybrid strategies that correspond to changes in society. Inspired by Umberto Eco's thoughts concerning the poetics of the open work, the urban citizen should take on the role of urban spatial co-producer. Ambiguity and the ability to honour multiple differing forms of behaviour become thus, according to Helle, one of the attractive cities' most decisive qualities.

Helle makes a point out of making research applicable. For example, value-based potential planning resulted from 'Public space as a catalyst for change' and became an urban development instrument which JFA use in all their urban development projects. This open planning instrument focuses on values and potentials as a basis for urban development and contributes to the development of 'The good city'. Helle believes this will also eventually set its mark on the ways in which we govern our cities. Planning is moving from being a functionally-oriented discipline towards a discipline which focuses on our current and future needs. These changes demand not only an understanding and fulfilment of differing values, but require equally a new and open way in which values are converted to meaningful and flexible solutions. Value-based potential planning works with elements such as future scenarios and the ability to reward the unforeseen in order to future proof a given space. The scales city, space, behaviour and body are used to maintain a holistic view leading to one unified solution.

The values, potentials and porosity applied together give precisely the force to move, change and provide possibilities. Through self-developed and tested tools, possibility studies, scenarios and precise communication, complex issues can be discussed at eye level with clients and users. Room is made for both to let possibilities flow in a controlled fashion towards a solution. Common goals and visions which transcend interests are the best departure points in order to develop the solutions.

For Helle, architecture is about good advice not just design, facilitating open processes and an open approach, to create the unexpected and precise grasp. The intention is to engage and secure a willingness to change – not only from the client, but also amongst the local and daily users of the public space. Unifying is an approach for architecture, and Helle is driven to capture, in the initial phase, that which needs identifying, after which she gathers, shares knowledge, develops and inspires all stakeholders.

Another research subject which Helle is keenly engaged with, and which she has redefined into a strategic and practically applicable tool, is the development of attractive campuses. In order to support the substantive goals in the Danish Government's globalisations strategy, 'Progress, Innovation and Cohesion', the University and Buildings Agency (UBA) initiated the development project: 'Project Campus'. The projects goal was to demonstrate and document what constitutes a good study and research environment w whereby the physical surroundings and facilities can be adjusted, or developed, in order to support the ambition that Danish universities should remain amongst the world's best. JFA was engaged in 2007 to carry out the development project 'Future Campus Sites', which involved an analysis of selected international campus sites as well as a mapping of the current condition of Danish campus sites. The investigation revealed how Danish campus sites could be robustly developed to deal with future requirements in relation to built structures, fluid disciplinary boundaries, new forms of social interaction and new teaching forms. JFA's work here was a great success and Helle utilised the accumulated knowledge to develop a campus development instrument, which she has subsequently utilised in many consultancy and building projects - for example Lund University and Örebro University in Sweden and the University City in Kristiansand, Norway.

Helle has always been influenced by an international outlook and has realised projects in Denmark, Sweden, Norway and Germany. The JFA practice are working on many significant urban development projects across Scandinavia. Helle Juul's international engagement manifests itself through international lecturing and networking, including through the International Urban Development Association (INTA) and European Cultural Parliament (ECP). These networks give Helle new insights and knowledge.

Helle is truly a woman of influence and can look back on a successful career where she has defined the framework for many people's work and daily life. To affect society's development from a human perspective and a humanistic set of values is where she wishes to continue making a difference. We all wish her the best of luck in her future practice.

More in this category: « Margriet Leemhuis Mercedes Giovinazzo »
Login to post comments
back to top