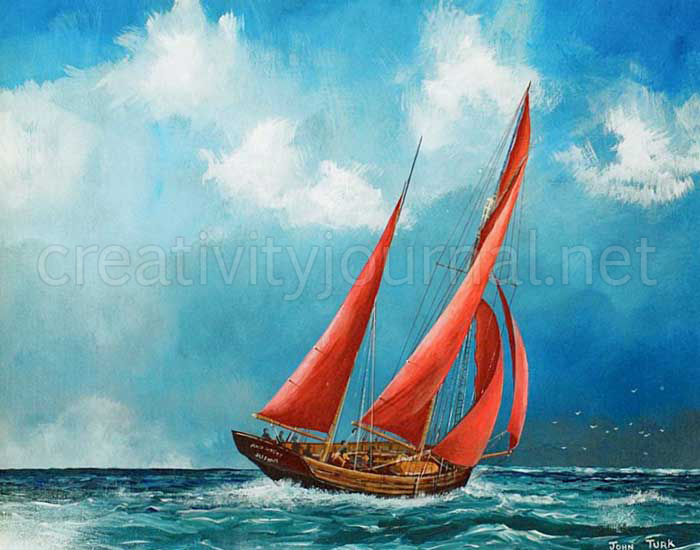 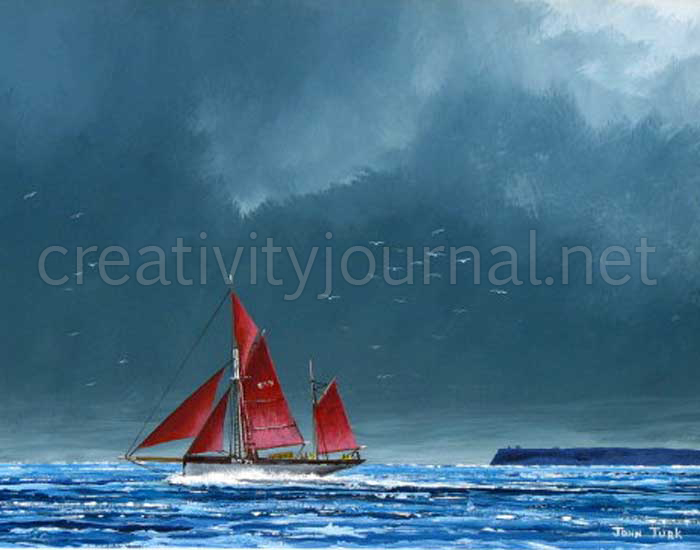 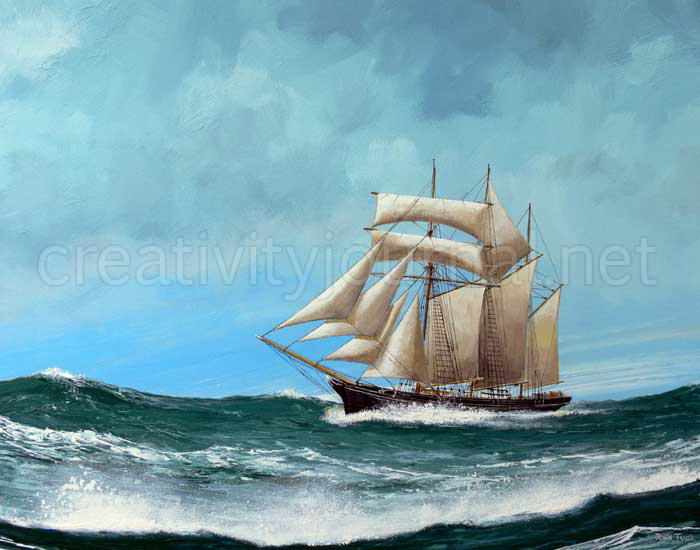 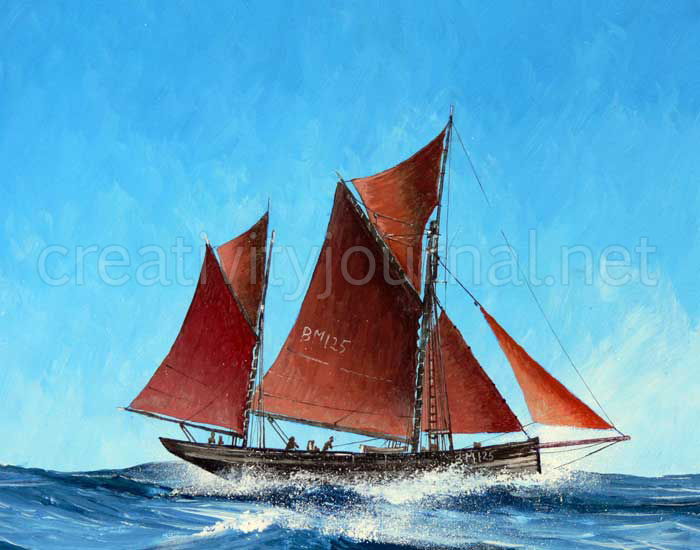 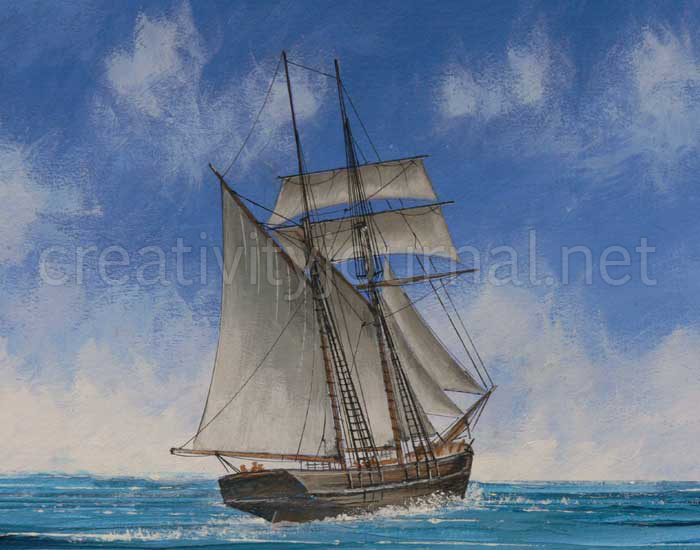 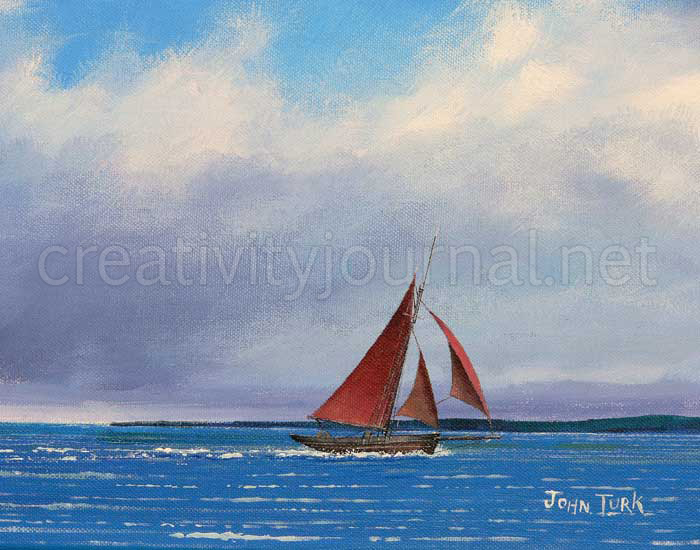 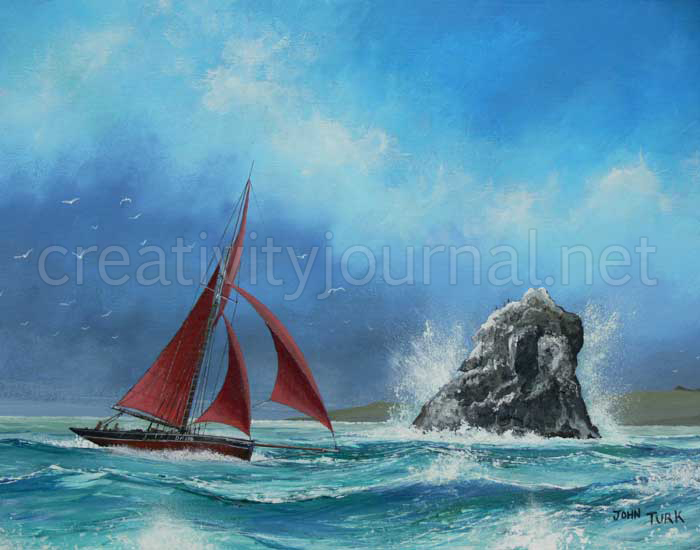 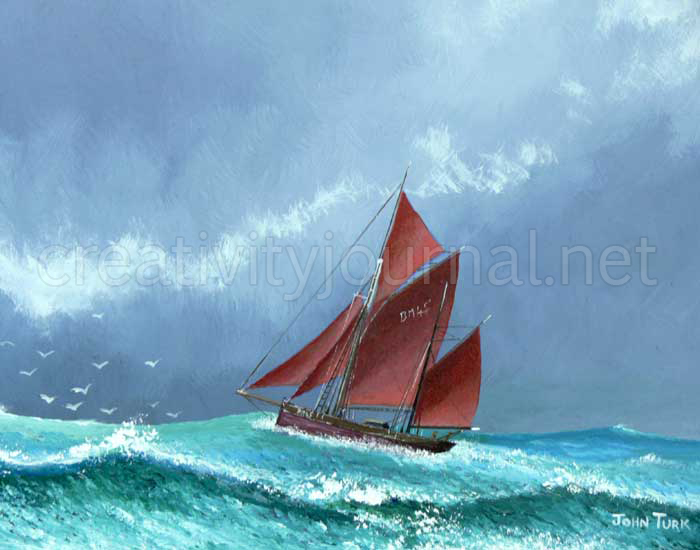 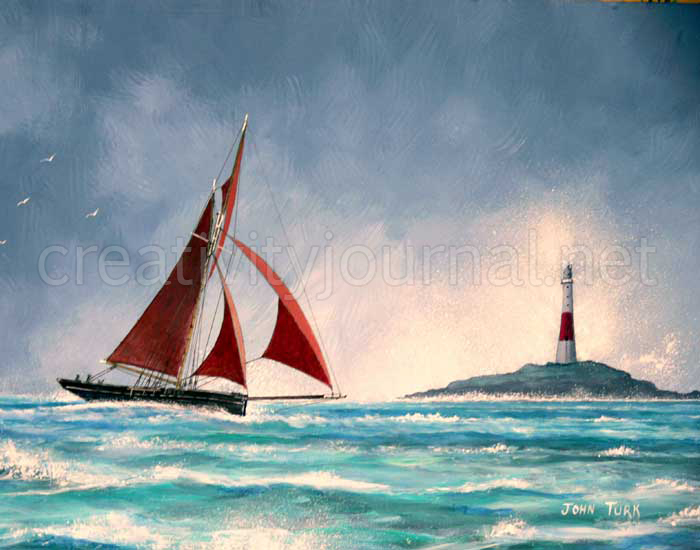 Brixham artist John Turk specialises in marine subjects, particularly the sailing trawlers and trading vessels, built and owned by the people of Brixham and other ports of South West England during the 19th and early 20th century.

John studied for a while under Toni Knights and researches the craft he is painting from records and photographs of the period. Former Arts tutor at the Adult Learning Centre at Brixham college.

John is also an accomplished musician, currently performing in Brixham based Swashbuckle. During the 1970s he was part of the folk rock group Faraway Folk, recording several highly acclaimed albums and touring nationally.