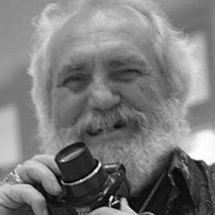 In 1976 Alan received a letter about his oldest son, Jeff, qualifying for Gifted Education. Later that month the principal of Jeff's elementary school spoke to Alan one night at a PTA meeting, 'I have some children, some money and a room. Do you have any time Mr Black?' That one question more than changed Alan's life over the past 36 years. He went on to work on four degrees in education, completing and receiving diplomas in two to add to his three previous degrees in design.

Since the age of 16 Alan has been working in pursuit of a variety of professional passions. The longest one has been as an international workplace creativity consultant through speaking, consulting, teaching and facilitating. Among his 48 jobs in the past 52 years are: licensed architect, interior designer, graphics and signage designer, freelance cartoonist and writer, college professor at three different universities since 1980:

His travels have taken him to 49 of the 50 American States and 84 countries where he has spoken and worked in most of them attempting to S.P.R.E.A.D. creative thinking throughout entire workplaces, from individuals to teams to departments to entire organizations. Since 1978 Alan has presented at and participated in over 150 creativity conferences, institutes and workshops around the globe on six continents. This includes the Creative Education Foundation's Creative Problem Solving Institute, USA (CPSI) for 30 years and ACRE in South Africa for 15 years.

Alan created his M.I.N.D. Design thinking style instrument based upon his doctoral dissertation (a study into the matching of teaching and learning styles - based on thinking styles, to teach creative thinking skills and tools). Over 400,000 people have completed an MD in the past 30 years. Several companies, consultants, professors and teachers have used it or continue to use it under contract. His book BROKEN CRAYONS: Break Your Crayons and Draw Outside the Lines has been published in the USA, Turkey, Slovenia and South Africa and translated into Turkish, Slovenian and Japanese.

Since 1980, he has published over 600 articles on leadership, communication, teamwork and creative thinking in the workplace. As well as his own books, he has co-authored several others in the USA, the UK and South Africa. His work also includes blogs, newsletters, ezines and weekly Alan's Cre8ng Challenges which began in January 1997.

Published in Authors
Tagged under

More in this category: « Paulo C A Benetti Michelle Evans »
Login to post comments
back to top