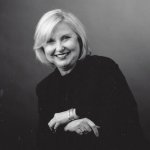 Changing How We Interact with the Printed Word

The year was 40,000 BC and the artist(s) unknown. But here in the Aurignacian caves in Spain, the first evidence was recently found of human beings leaving their thoughts for others. Some 20,000 years elapsed when in the remote caves of Lascaux, France more drawings were recently discovered. These drawings were well executed, showing not only the ability to create color pigments, but also the placement on the rocks depicting an understanding of perspective that was very sophisticated. The ability to critically analyze and problem solve is indeed evident in these unique drawings from humankind's early stages. Most importantly, their need not only to express themselves¸ but to communicate to others their thoughts in a more lasting way was a significant find.

Published in Education
Be the first to comment!
Read more...