Creativity & Learning as Skills, Not Talents 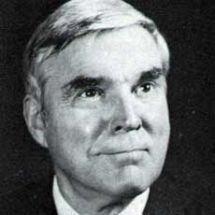 (Reprinted by the kind permission of Kathleen Logan-Prince & Vincent Nolan)

The Exeter course that made the deepest impression on me was English 5. It was taught by Frank Cushwa and he used a book titled Ways of Thinking and Writing by Mr Cushwa and a colleague. English, as taught by Mr Cushwa was unlike any course I have ever taken. He seemed totally disinterested in those elements that in my experience were treated as the reason for English courses: grammar, sentence structure, spelling and punctuation. In retrospect I imagine he believed that if we did not know those by then we would never learn them, so why use energy on a lost cause. His focus was on ideas and other evidence of thinking.

Class time was spent with Mr Cushwa reading from worthy themes handed in earlier. He would read a paper that contained an idea and then ask us to explain why it was an idea. It was strong medicine and I have been fascinated by ideas, thinking, and learning ever since.

This fascination led me to experiment with the advertising business - often billed as the business of ideas - and when that palled, I joined Arthur D Little, an industrial research firm, as a member of its Invention Design Group. It was the mission of this eight-man group to invent products and processes for ADL clients. The work was charged with exhilarating frustrations. Developing an idea that seemed a beautiful answer was endlessly thrilling. Reducing it to practice was continual proof that Murphy's Law is the law: If Anything Can Go Wrong, It Will.

The thinking and invention that comes after the original idea represents 95% of the effort, and two of us in our group became obsessed with learning just how we actually did get ideas to solve problems. We examined our own process by tape recording all our meetings. If we had an idea we could trace it on the tape to understand how we had done it. When we needed another idea we could repeat the process. This proved to be a wonderful way to discover the inner workings of creativity. We not only identified idea-getting strategies, we also began to observe that there were some patterns of thinking. Some of these were productive and others were not. For example, an attitude of optimism is far more productive than pessimism. This now seems obvious, yet we encounter many people who make it a policy to take a dim view of its possibilities.

Our tape recorder and later, our videotape recorder, was to the creative process what the early microscope must have been to biology. We were flooded with new information about what goes on when a small group - five to seven people - meets to work on a problem. With or without a chairman, confusion reigns. Each individual is in business for himself. He listens to his group only when convenient, he criticizes the thinking of others, he offers counter opinions to any opinion given, and generates many opinions himself. It is usually quite a random procedure.

Our research began in 1958 and by 1960 we believed we knew enough about the creative process to start our own invention company, Synectics, Inc. In addition to inventing products to develop ourselves, we offered a service called a Problem or Innovation Laboratory. When a company wanted a new product, service, process, or had a serious problem, we asked it to bring the relevant people to our laboratory. Over a two and a half day period we facilitated meetings in which they solved their own problem.

(This article, by the late George Prince, was originally published in 1980. Reprinted by kind permission of Kathleen Logan-Prince & Vincent Nolan. Please note this is the only article which has been scanned as a PDF. All other material on the site is new.)

Download the rest of this article by clicking the link below:

More in this category: « Imagine THAT! - Celebrating 50 years of Synectics Creativity - The Purple Process »
Login to post comments
back to top