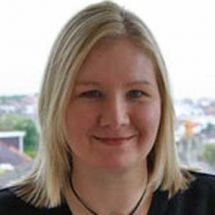 She has carried out a number of research projects, including several focussing on the positive benefits of cultural diversity to creativity. At the Creativity Centre Educational Trust, Caroline has developed and run workshops and training for children and teachers, including the highly acclaimed Science Alliance project in which pupils learned about ethnic minority scientists and science careers by creating their own website. Caroline helped develop some of the first ever online learning materials about creativity for SMEs and the UK government. She has presented at international conferences including CPSI (Creative Problem Solving Institute) and also organised the first international Creativity & Cultural Diversity international conference, featuring key creativity pioneers from around the world.

Before joining the Creativity Centre, Caroline worked in film & television production and also taught this to college students. Her interest in website development started in 1998 when she set up her college's first ever website.

More in this category: « Dr Marilyn Fryer Venu Dhupa »
Login to post comments
back to top